After three months of playing rugby and traveling around South America the bags were packed ready for another Cali road trip. Cali has be in a drought for about the last three years but in saying that there was still some good boating to be had, we were lucky enough to head south and get the last of it by hitting the Kaweah's. The East Fork, Hospital Rock, The Upper section on Hospital Rock. Once all of these had dropped out we headed north to Washington were we spent most of our time along with a trip to Idaho. Enjoy the photos of the team getting after it, video to come!

Posted by jared mitchell at 4:41 AM No comments:

Stoked to get some gears from Stacked Clothing can wait for there winter range to come in. If you haven't checked these guys out you should head over to there page www.stackedclothing.com they represent more than just a label which I love. They sell worldwide so get amongst 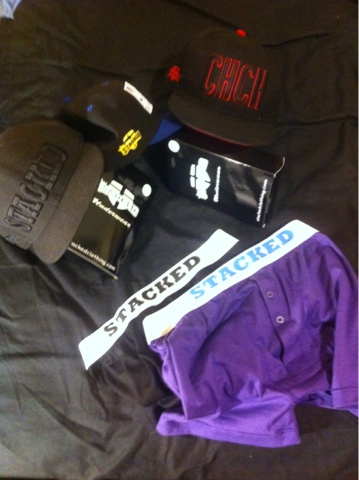 Posted by jared mitchell at 5:15 AM No comments:

Well summer here in New Zealand has finally came to an end. We had a mixed bag of weather all over the country with huge floods over the New Year period and then drouths for the next three months. The mixed weather had us driving all over the country from Nevis runs in the south to a Karamea run in the north. Its now getting a little fresh with the first snow falling on the top so time to dust off the skis and gear up for what is meant to be a cold winter. A big thanks to Liquid Logic Kayaks, Artistic and Stacked Clothing. Be sure to check them out buy hitting their link on the side of the page. Here is wee clip I chucked together of a few of the better runs this summer.  Hit the link below

Posted by jared mitchell at 9:53 PM No comments:

Who would have thought on the 12th of January the nevis river would be flowing! Well it was and we got it! Draining the Garvie and Hector mountain range the Nevis River drops steeply through amazing Otago countryside on its 16 km journey to meet the Kawarau river. If you like your creekin' on the steep side of very then this is the river for you. Make sure you pack your elbow pads!! It is the best in the region and offers some of the sickest, consistent hard boating in the country. There are so many drops and rapids on this wee gem.

The Run starts off with mellow start. You get about 2.5 km or so of boogie water to warm up on and get the blood flowing before a manky rapid just above the obvious Slot Gorge which is a “mandatory” portage. (But in saying that Nick fired it up) Some people say to throw you boats and go others say take the hit on a flat landing as there are some shallow rock below as one of the american boys found out the day before. He decided to take the advice of one of the boys who doesn't have the best track record of jumping off stuff and ended up smashing his ankle is three places. So that ended in the team walking out, choppers getting called and ending Peacher New Zealand trip.

After this, this is where things really start to kick off with everything from ledge drops to long combination rapids and tight technical drops. Heading in with a crew that new the run was a huge bonus as we bomb our way down.


After getting to a BIG horizon you see the river literally drop away from underneath you, this is lunch rapid. This is where we meet the other crew who had to walk in to get there boats from the day before. Lunch Rapid defiantly has line and it has been fired up before, I think last by Dlyan Thompson but this bad boy definitely rates high on the stout scale. 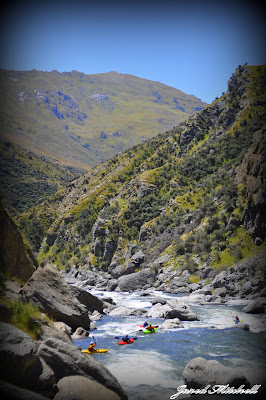 Below here you have 700m or so of continued steep before a quiet wee stretch for 200m which leads into the last STEEP section. The river drops like a staircase through the “Brothers” section Little and Big Bro. Theres are the last two rapids of the steep section. And what better way to end with sweet 15 footer.


Posted by jared mitchell at 3:02 AM No comments:

Well I know its been a bit dry here lately but there is a good reason for that.... I haven't been doing anything! Well thats not entirely true I have been up to a bit but nothing worth write home about as such. So on July 6th 2012 I undertook my second shoulder operation the operation involved a right shoulder revision posterosuperior repair and decompression, supraspinatus repair and soft tissue decompression of the subacromial space. If you are like me and don't have a clue what that means then I will explain it to you like my surgeon explained it to me …. its Fucked! So with that taking up 6 months of my life I am now back on the West Coast living and trying to find a job. So if you have and jobs going anywhere let me know I am all ears! Here are a few snaps of what has been going on I have been back in my boat for about two weeks now and working my way back up. Stay tuned for some more regular updates. Chur 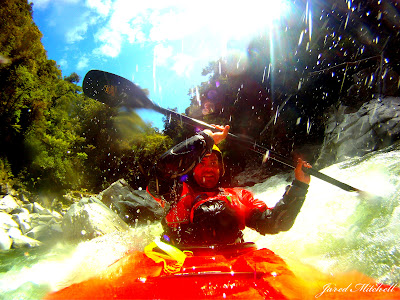 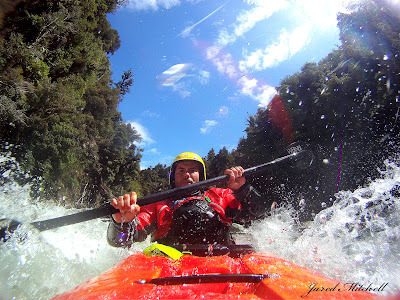 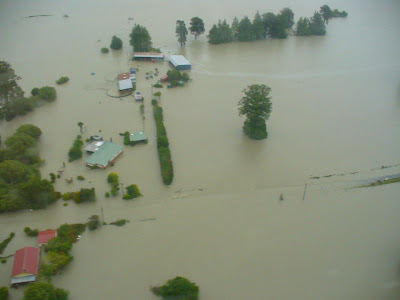 Posted by jared mitchell at 12:02 AM No comments:

This year I have been lucky enough to have liquid logic come on board to help me out with my kayaking adventures. Having paddle the Jefe for a session a few years back I was keen to get my hands on the new Stomper. So after a few runs in it I thought I would put up a review of the things I have found so far. (Sorry for the lack of action photos as it is now winter here in so getting out of your boat to take photos is a big ask!) 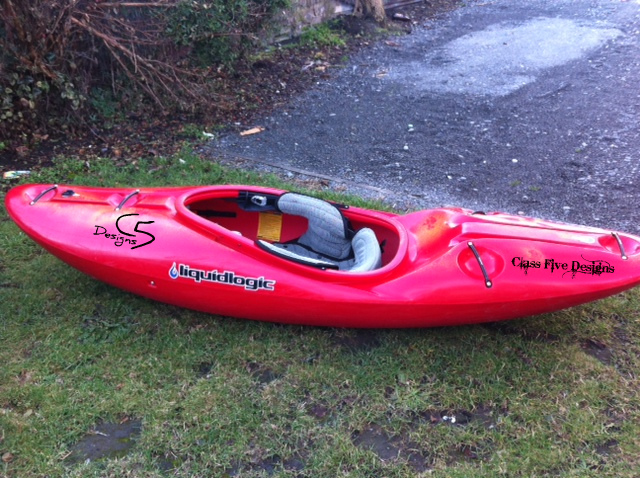 The stomper has some serious speed behind it I found once in the rapids things were coming thick and fast but this combined with its ability to pass through any feature without out losing speed has to be a real positive. With speed comes the ability for the boat to “spin out” But I have found that the boat holds it line pretty well so far. This is due to the primary and secondary edges are well balanced and hold you in place. 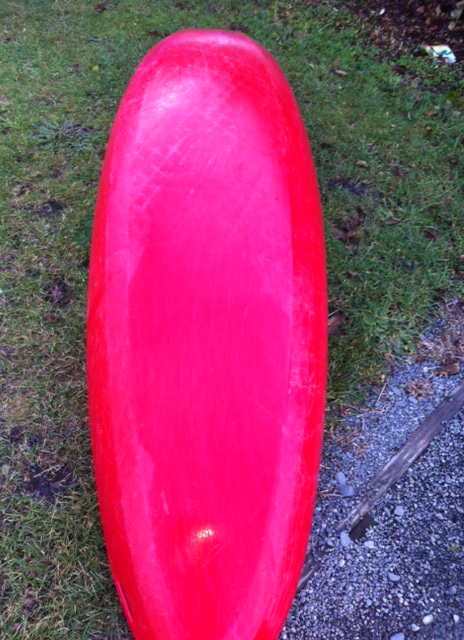 Boofing this thing is a dream, one stroke and you are sailing through the air and upon landing it holds its momentum quite well. I found after landing boofs you have quite a lot of control, you  land on an edge and the boat will keep tracking on that edge where as in boat I have paddled in the past you would have to land then head to where you want to go. 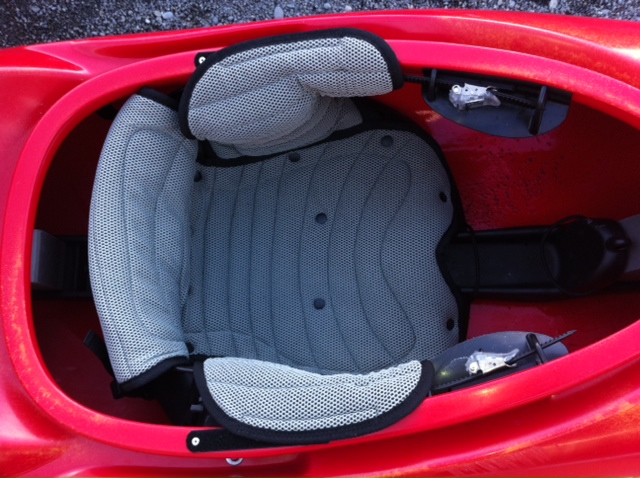 When out on my last trip I chucked some rocks in the back to see what it was like fully loaded but with a lot of volume in the tail the boat held its own and performed well. When fully load I busted out a few rolls and it had a really nice snap to it and it rolled very easily. This was the first thing my mate said to me when he was trying the stopmer out.

Just a short review but will post more action picture some spring!

I am stoked to announce that liquid Logic Kayaks are now  one of my sponsors. A huge thanks to liquid Logic and Liquidlogic.co.nz, be sure to check out there page for a awesome range of boats.

Other Friends Getting After It